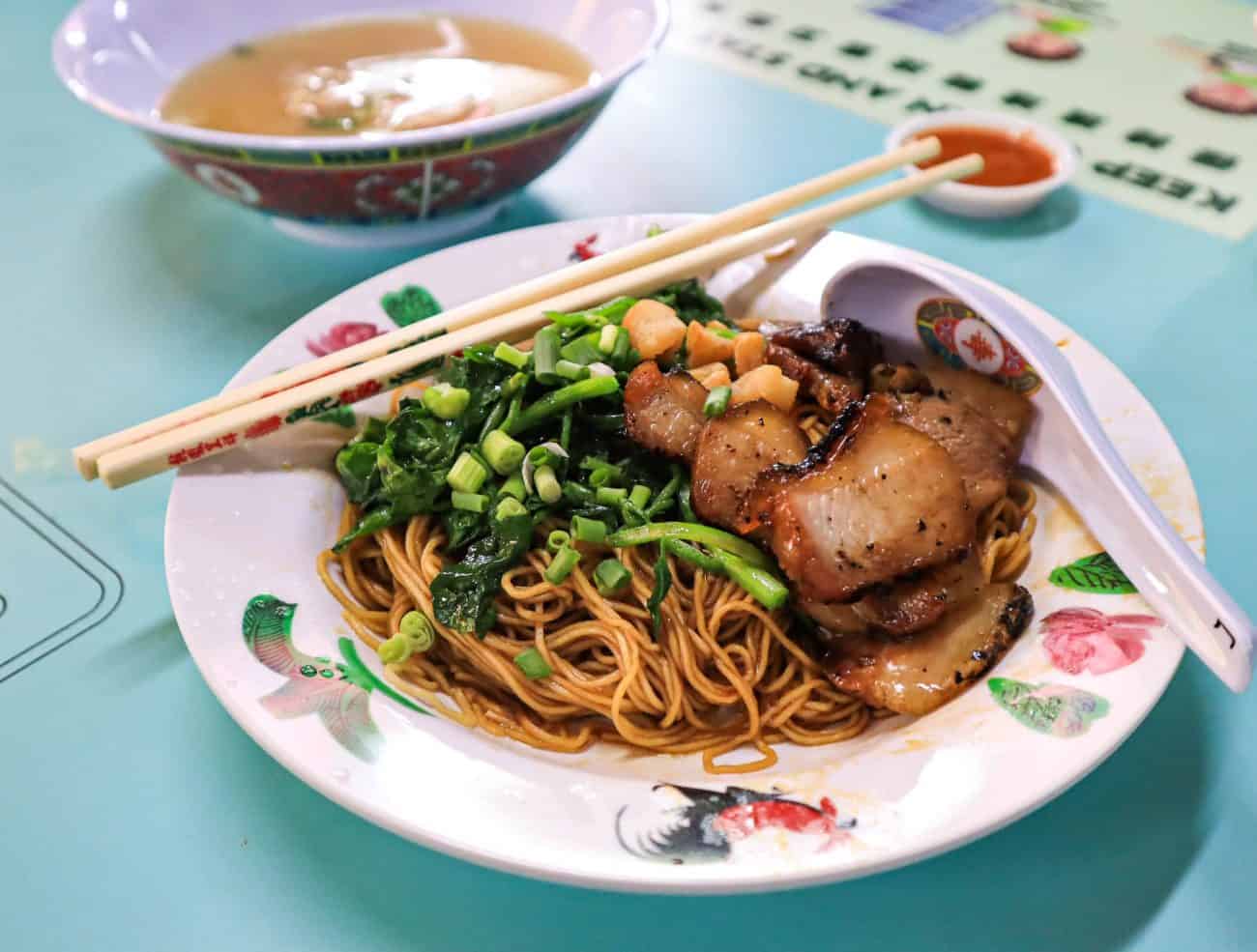 One of our local favourite dishes in Singapore is Wanton Mee. Belly Lucky Noodle attempts to present a fusion version of this dish right in Hong Lim Market & Food Centre.

An avid fan of Wanton Mee, Mr Luo took a leap of faith and left his full time office job in hopes of creating the best version of this dish. He felt that there are many great Wanton Mee stalls around. However,  there is hardly one that managed to get all its components (Noodles, Char Siew and Wanton) right. With this in mind, Mr Luo started Belly Lucky Noodle and prides himself on the fact that all his ingredients (except the noodles) are handmade! Belly Lucky Noodle has only 2 dishes on its menu. The Char Siew and Dumpling Noodles ($5) comes with 2 dumplings, while the Dumpling Soup ($2.50) comes with 4. 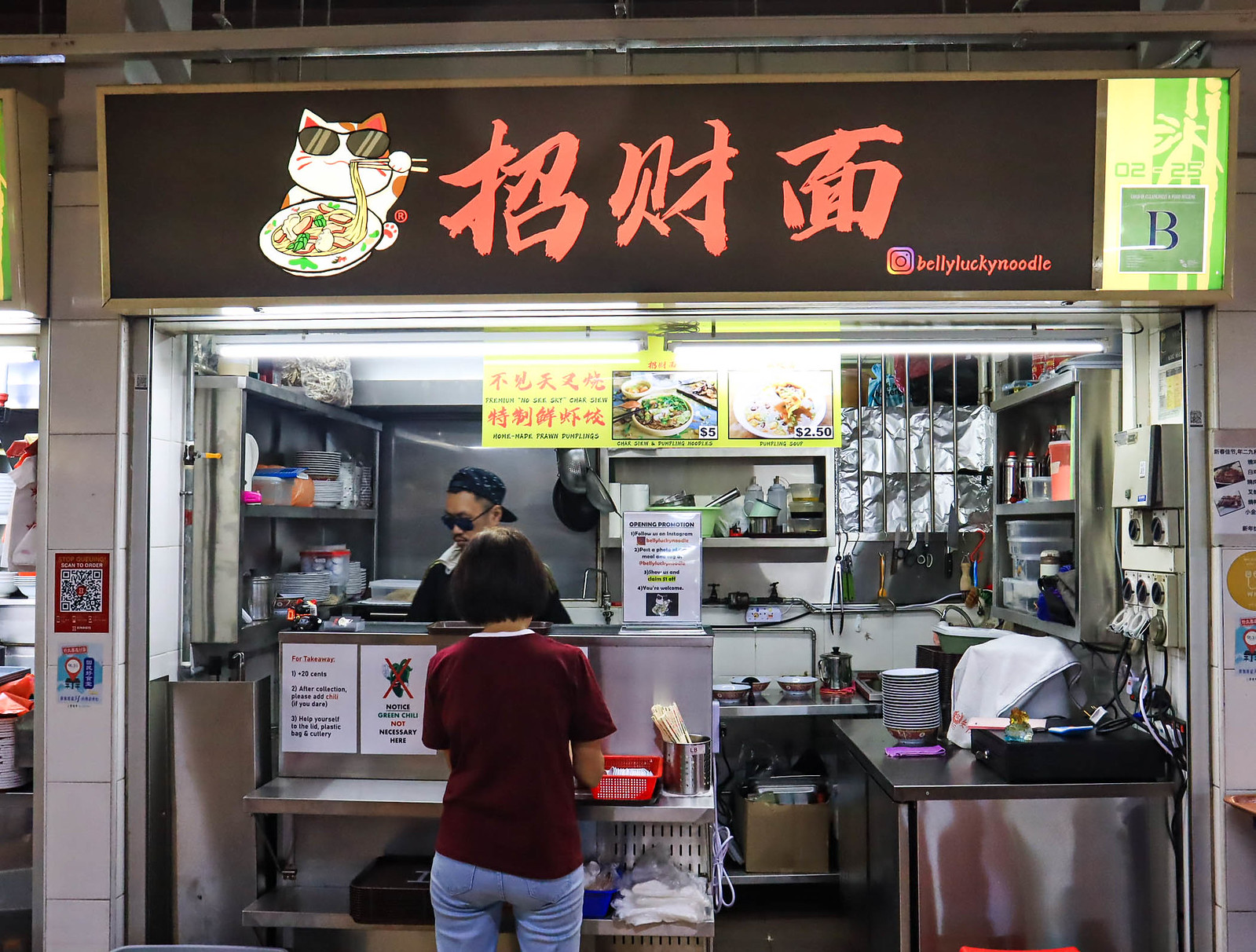 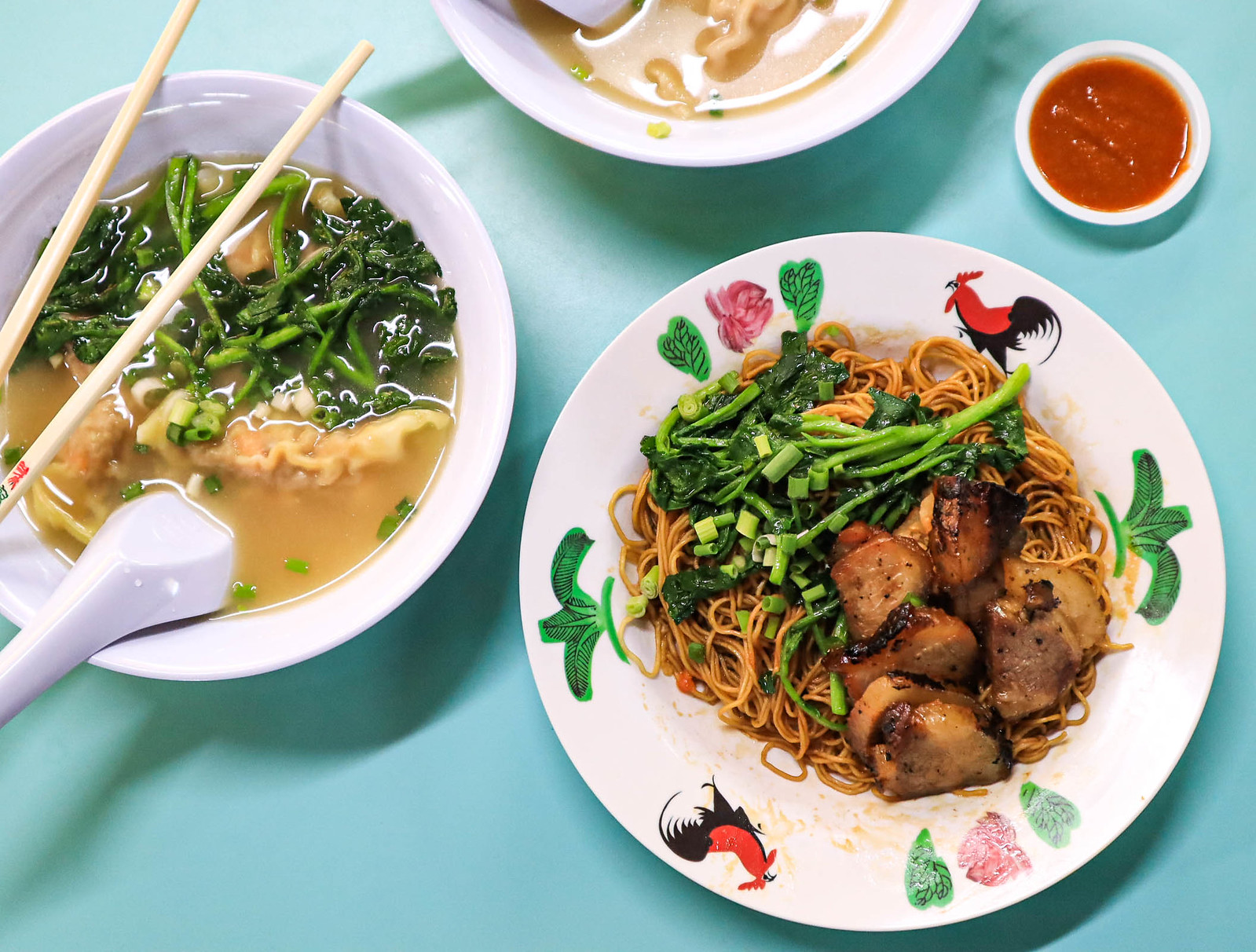 Mr Luo has no culinary background nor anyone to learn from. What he lacked in skills, he made up with the help of technology and of course a heart full of passion and willingness to serve his customers. He invested in a machine which would help him control the cooking of his noodles and dumplings. His noodles are, hence, very consistent.

16 Places Where You Can Get Yummy Japanese Cuisine During CB! 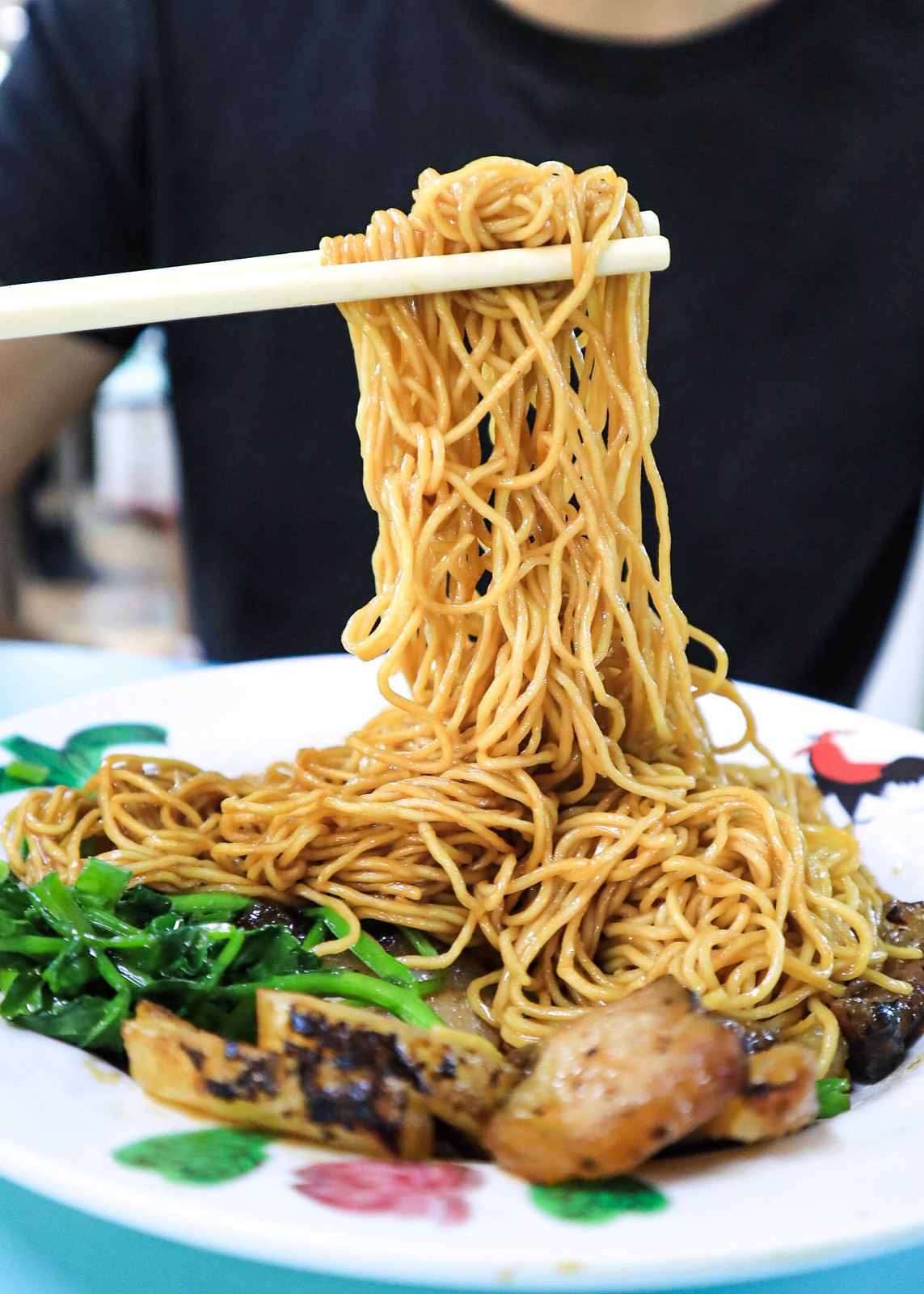 First impressions of the dish was that it definitely looked great! It had the QQ texture that everyone loves. The noodles were soft but not mushy, and the texture had a good degree of firmness. Just the right texture I would love my noodles to have! 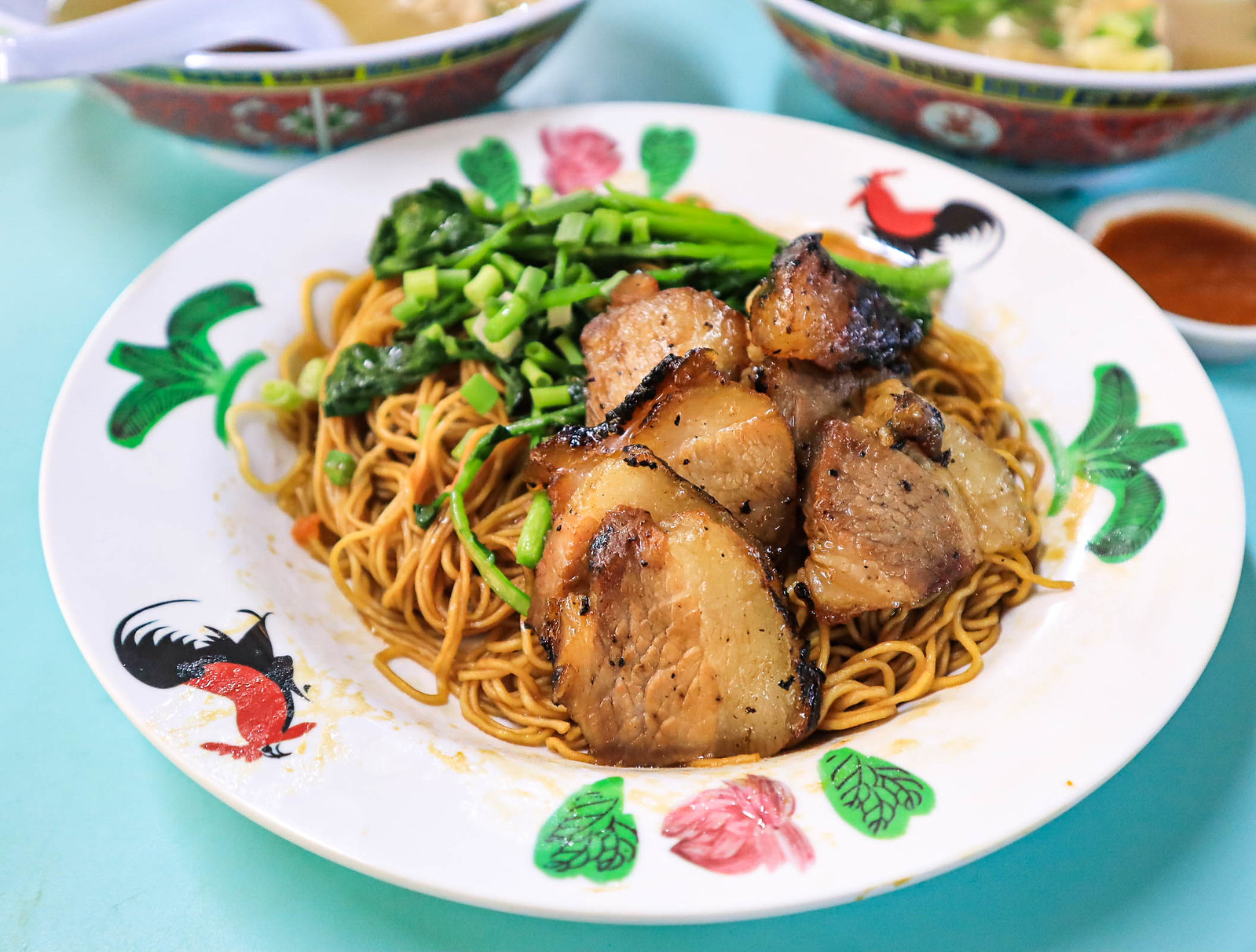 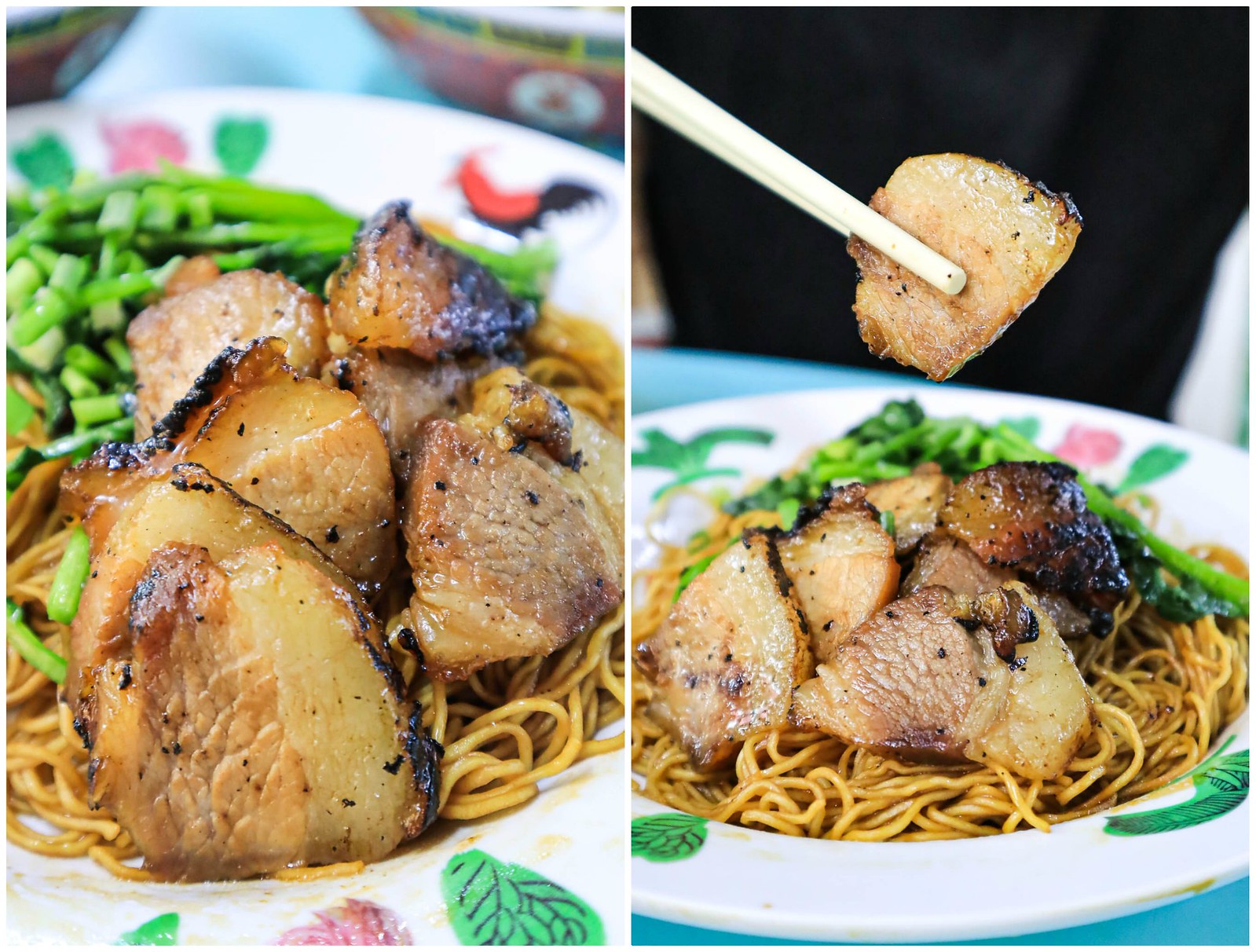 Many stalls in Singapore serve very lean Char Siew. However, Mr Luo prefers to serve fatty Char Siew. He uses a premium cut of ‘Bu Jian Tian’ (which he translates to ‘No See Sky’) pork. Mr Luo explained that this cut is from the pig’s armpit. It has a nice layer of fat just like the belly meat, but is slightly less fatty. In his words, this cut of pork is equivalent to the Wagyu of beef.

The Char Siew is freshly roasted by Mr Luo at his stall daily. Initially, I was a little apprehensive about that thick layer of fat. To my surprise, it was not too fatty! The well-marinated meat was tender, juicy and flavoursome. However, I still prefer my Char Siew to be a tad less fatty. 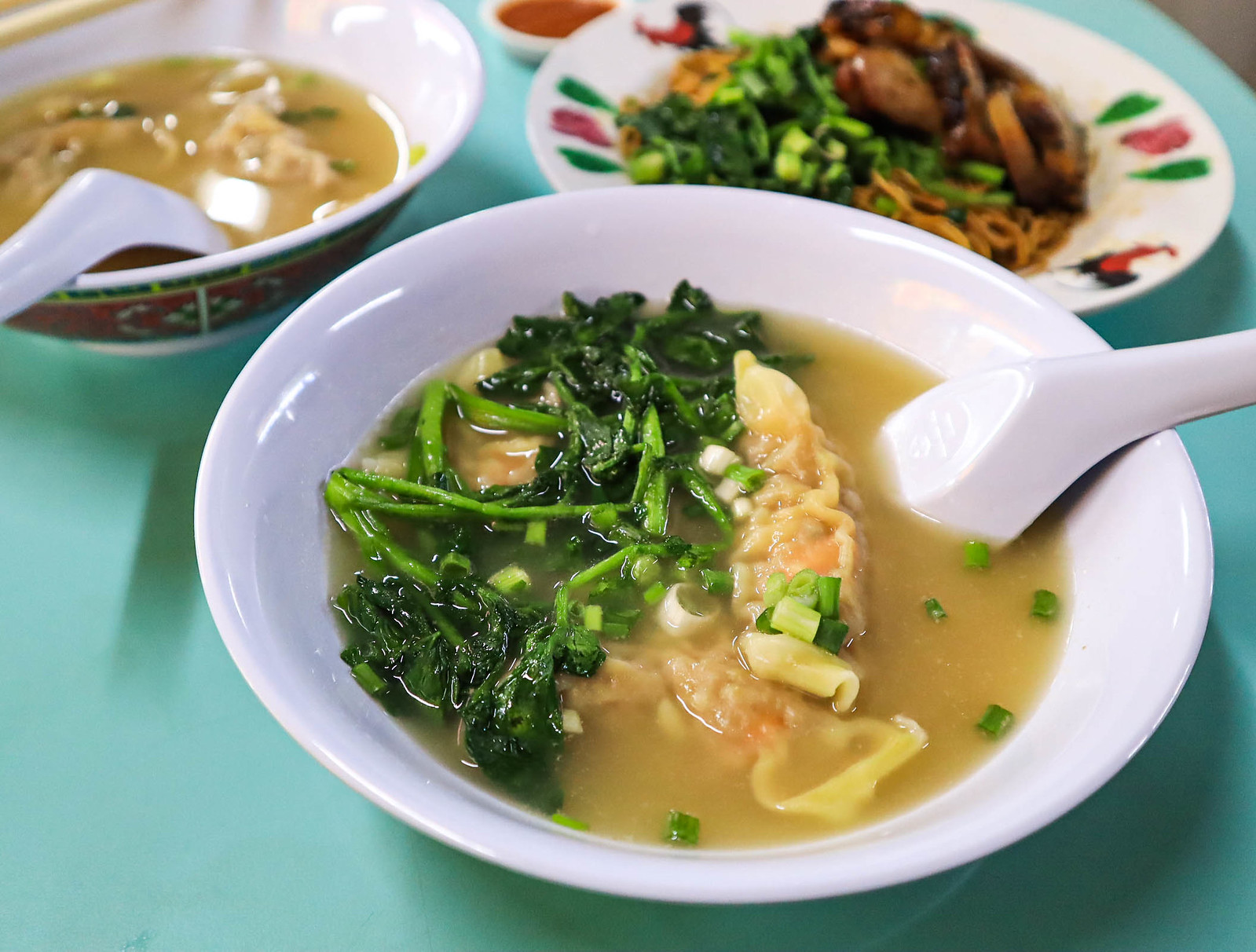 Next up, we tried the dumplings. Mr Luo only sells dumplings as he feels that with Wantons, it is hard to pack them to the brim. Hence, it feels like you’re having 90% skin and only 10% meat. Belly Lucky Noodle’s dumplings are made with good quality ingredients such as Sua Lor (Metapenaeus Ensis), water chestnuts, minced meat and mushrooms. 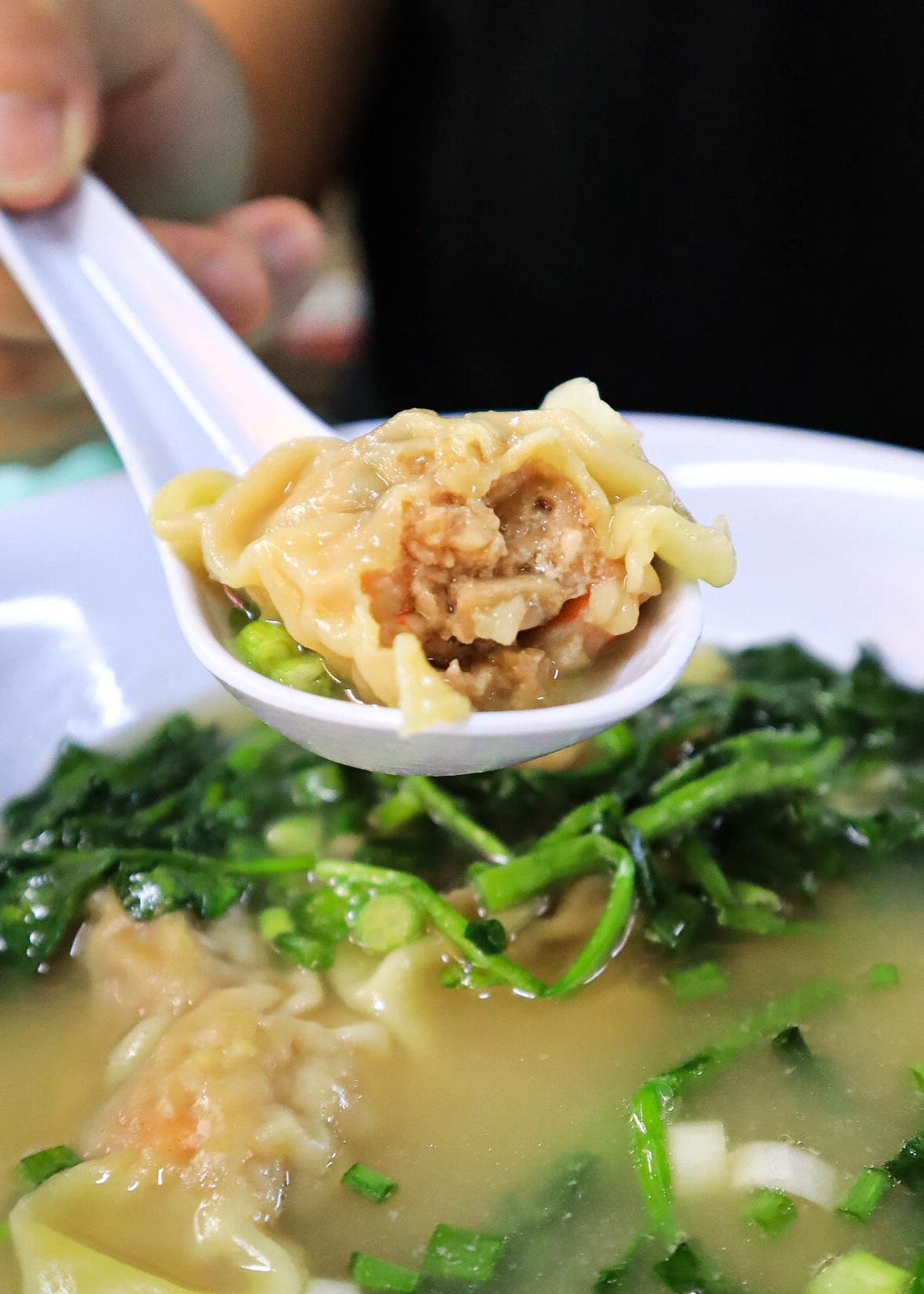 I must say that they were really generous with the filling! The prawns in the dumplings were really fresh and gave them a tinge of sweetness. The water chestnut gave the dumplings a nice crunch, and you can also taste the well marinated pork and mushrooms. What I thought was interesting was the Miso soup base! While dining at a Chinese Restaurant in Tokyo, Mr Luo fell in love with their dumplings in Miso Soup, and decided to recreate it.

This is not the conventional Wanton Mee you would typically get, but it’s definitely worth a try! If you are a fan of fatty Char Siew, I am sure you will enjoy a plate of Char Siew and Dumpling Noodles from Belly Lucky Noodle!

MissTamChiak.com made anonymous visit and paid its own meal at the stall featured here.

Never understood how people eat to live as Germaine has been living to eat her whole life! Born into a family of hawkers, she loves to explore places to find good food be it locally or abroad. In her free time, she loves to experiment cooking and baking as well as practicing yoga just so she can afford to eat a little more!

[ad_2]
Travellers Cantik Indonesia, find another review about travelling to Singapore in our website.

ABOUT US
Newspaper is your news, entertainment, music fashion website. We provide you with the latest breaking news and videos straight from the entertainment industry.
Contact us: contact@yoursite.com
FOLLOW US
© Newspaper WordPress Theme by TagDiv
MORE STORIES
Singapura